Homes for sale in Milton 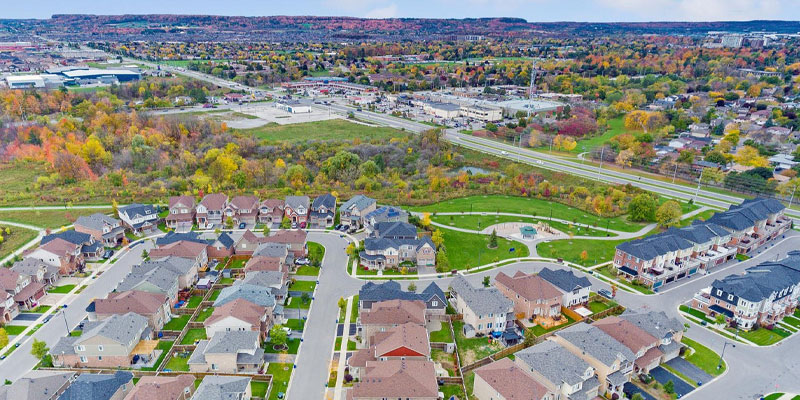 Types of houses in Milton, ON

Team Arora offers the most comprehensive and up-to-date list of Milton real estate listings. There are currently 124 homes in Milton, which includes 166 houses, 52 condominiums and 131 townhouses. The median sold price of all types of Milton homes is $1.2M. This is 12% more than April 2021. For a detailed analysis of average home prices, inventory and days on the market, see our Milton Housing Market Stats.

There are 19 distinct neighborhoods in Milton. Team Arora will allow you to search for the most desirable neighborhoods and the best schools within the city. You can also evaluate the amenities nearby. To tour properties in person, check out the open houses in Milton. You can narrow down your search by price, bedroom size, or use our map to search for Canada-wide realty listings.

Team Arora offers a complete set of 77 Milton rentals. This includes 20 houses and 15 apartments. The majority of residents live in their own homes. 10% rent apartments with an average rental price of $1207.

MLS(r), Milton Listing Data is updated every 15 mins to give you the most up-to-date homes listings. Contact one of our Milton real-estate agents today to start your search for the perfect home.

Due to the farmland and popular conservation area like Rattlesnake Point or Hilton Falls. The town was home to just over 3000 people in 2001. Now, fast forward to 2016, when Milton had a staggering 110,128 people. And it’s growing! This rapid growth has meant that much of Milton’s housing development is recent. The development of Milton continues to this day, with new homes being built outside the town’s ‘Old Core.

What is the best neighborhood in Milton? It all depends on what you like and need. Everyone in Milton has something special, so it would be unfair to pick one. Instead, we have compiled a list with key features and the area that excels at showing them off.

The Milton Neighbourhood With the Best Commute.

Commute to Milton is possible because it has both a GO Train Station as well as easy access to the 400-series highways. Not only is it the shortest commute to Milton, but also the one that has the best connections to the highways and Transit hubs. It would be wonderful if there were one neighborhood that offered both. Dempsey is the place!

Dempsey shines because it’s Milton’s northeasternmost neighborhood and is close to Mississauga, Toronto and other major cities. It also has the best access to the highway 401. Dempsey makes it easy to commute from Toronto. It takes less than an hour. Dempsey is a highly desired neighbourhood. If you are looking for highway proximity, Dempsey has two neighbours that will be acceptable runners-ups: Clarke or Dorset Park.

The GO Station is located in northern Timberlea but it is very close to Dempsey’s southwest corner. This means that commuters to GO Transit will be able to walk or bike from the northern Timberlea and southern Dorset Park areas. Parking is available at the GO Station, but the best thing about living in Dempsey near it is the ability to walk or leave your car at home to get to the GO Station. A GO Train commute from Milton to Toronto will take approximately an hour without having to deal with the traffic on the highways.

Dempsey was a neighbourhood that was developed when Milton began expanding in the 2000s. The majority of homes in the area are older than 15-20 years and date back to the original development. However, there are some exceptions. Dempsey’s average property price is $700,000. The average property in Dempsey is around $700,000.

There are other benefits to choosing Dempsey, besides the great commute experience. Dempsey is all about convenience, not just with transit. Everything is close to your home! Maple Avenue and Dempsey’s section of Main Street are lined with great restaurants and shops. There are also many excellent schools in the area, as well as plenty of family recreation opportunities. The Milton Leisure Centre (gymnasium with two pools and indoor sports), the FirstOntario Arts Centre, main public library building and central Dempsey Neighborhood Park are some of the highlights.

Dempsey is more than just a convenient commute. It’s something that everyone appreciates, but it’s even more so for active families. The neighborhood amenities make it even more appealing. Dempsey is the perfect choice if you’re looking for the fastest commute to Milton.

Team Arora provides you with the latest listings of homes for sale in Milton. Not only do we provide information about all the different types of homes available, but we also provide median sold prices and housing market stats.

With so many listings and statistics to choose from, you’ll be able to make your decision with ease.