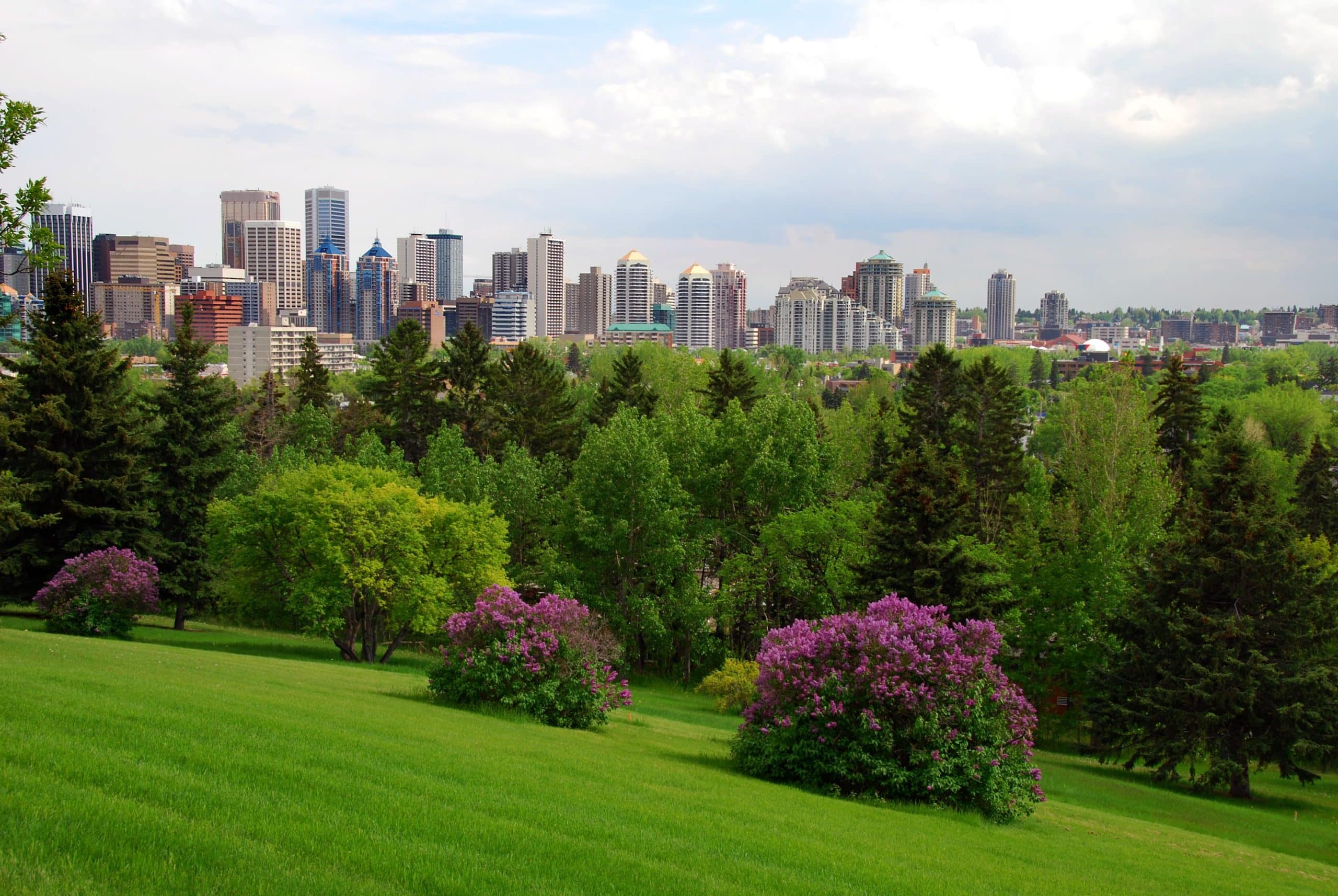 Monitoring our carbon footprints is more important now than ever before. As we develop new technologies, learn about greener solutions to past ways of life, and become more aware of the impact our actions have on the planet, more and more people are looking for cities that align with their personal green goals.

GreenScore, a non-profit foundation dedicated to “economic and environmental harmony,” uses their GreenScore City Index to rank cities across Canada based on their environmental footprint. They use more than 20 indicators ranging from city size and recycling percentage, to domestic water usage and natural land percentage. They also use data collected from Environment and Climate Change Canada, Statistics Canada, the Federation of Canadian Municipalities, and individual participation from cities across the country. While there’s no overall target score to reach—it all depends on the size of the city and the measured categories—a higher score is deemed better. The highest-ranking city is at 190…but you’ll have to keep reading to find out which one it is!

We’re going to take a look at the top city in the small, medium, and large categories as well as the number one city in each participating province. Size is based on population density, square kilometres, population growth pressure, and other determining factors. They’re broken out into size categories because smaller cities will automatically have eco-footprints just based on scale, so this way the scores are better represented and contextualized.

Victoria, British Columbia, landed the top spot in the “small city” category with an overall score of 180. The capital of British Columbia, with a population of almost 92,000 people scores well in areas like biking, walking, and transit capabilities for commuting to work, as well as parkland area.

It’s no surprise Victoria scored high in parkland when you consider the outdoor adventures that await in the city. Victoria has also been named the most bike-friendly city in Canada, making it the perfect spot for those whose ideal days are spent pedaling through the downtown core and catching stunning ocean views.

If you’re looking to live in the area, the Victoria housing market remains hot, but is becoming more favourable for buyers..

“The real estate market in Greater Victoria is returning to a steadier pace following the strange two years we experienced over the course of the pandemic,” said Karen Dinnie-Smyth, 2022 President of the Victoria Real Estate Board. “While inventory is still below historical levels for a spring market, it’s now within our pre-pandemic five-year average, which is good news for buyers.”

Less than 60 kilometres from Toronto, Ontario, is Burlington, a city that shares its boundaries with the Niagara Escarpment, a UNESCO-designated World Biosphere Reserve. Burlington maxes out the wilderness area category on the scorecard, which should be of no surprise considering the city is located right between the Escarpment and Lake Ontario. It also scored high in recycling diversion rate and biological temperature zone, which measures how biologically friendly the city’s temperature is year round.

In March 2019, Burlington was named the Best Community in Canada and Best Place to Raise a Family by Maclean’s magazine due to its housing options, hiking trails, proximity to Toronto, low crime rates, and more. Those looking to buy in Burlington have seen some encouraging news lately, despite sale prices still being above the national average. As inventory returns, prices appear to be dropping.

“In May, the residential average sale price dipped marginally from the previous month to $995,408, just below the million dollar mark, for the first time this year after holding steady since January 2022,” says REALTORS® Association of Hamilton-Burlington President Lou Piriano. “However, as increased inventory comes to the market, buyers have more selection, which may also lend to further negotiation power.”

Yes, we’re headed back to the west coast! With a score of 190, Vancouver ranks the highest among cities measured by GreenScore, regardless of size. It scored a two out of 12 in climate susceptibility—the lower the better—which uses the Actuaries Climate Index™ to observe “changes in extreme weather and sea-level changes in coastal cities.” Vancouver also scored well in population impact, recycling diversion rate, and parkland area.

If you’re in Vancouver either on vacation or as a resident, there’s no shortage of adventures for you to have. Whether your scene is outdoors in the wilderness or exploring arts and culture, there’s something for everyone in Van City!

Similar to Victoria, Vancouver is seeing the market shift towards favouring buyers, allowing them to take a bit more time when making a decision.

“Home buyers have been operating in a frenzied environment for much of the past two years. This spring is providing a calmer environment, with fewer multiple-offer situations, which is allowing buyers to explore their housing options, understand the changing mortgage market, and do their due diligence,” says Daniel John, Chair of the Real Estate Board of Greater Vancouver.

Though Ontario and British Columbia are home to the greenest cities in the country, this doesn’t mean other provinces don’t have high-scorers of their own. Keep in mind, not every province and territory is measured by GreenScore due to lack of data or participation, but that doesn’t take away from how well these cities are doing!

Edmonton falls into the large city category and scores a 159 in comparison to Vancouver’s 190. Its best measured categories are being able to travel to work by bus, bike, or walking, parkland area, and greenhouse gas emissions.

Saskatoon is considered a medium city, with a population of approximately 266,000. Its score of 137 is somewhat low in comparison to Burlington’s 180, however Saskatoon scores well in being able to travel to work by bus, bike, or walking, population growth pressure—it scores a two out of 19, with lower being better—and wilderness area.

Quite a few cities in Quebec are measured by GreenScore, including Gatineau, Trois-Rivieres, Laval, Sherbrooke, and Longueuil, but Montreal tops them all. Also designated as a large city, Montreal has a perfect score when it comes to clean electrical capacity, and also scores well in domestic water usage, greenhouse gas emissions, and population impact.

Halifax is the top-scoring east coast city across all sized categories. It scores best in housing demographics—a one out of 19, where lower is better—park count, solid waste tonnage, and climate susceptibility.

Moncton’s best features, according to the GreenScore City Index, start with domestic water usage. They also score well in how much of the workforce commutes outside the city, with a low amount of the population doing so, which eliminates heavy traffic and poor air quality. Moncton’s parkland area earns a perfect score, and their green initiatives are readily available online.

As we start to learn more about the impact we have on the environment, many people are taking sustainability into account when choosing where to live. GreenScore’s City Index gives us a glimpse at how cities can be better friends to the environment and what ultimately can help make a difference.

Though these rankings serve as a great guide for which cities in Canada are leading the way when it comes to green initiatives, there are so many more working diligently to help leave our planet a better place.