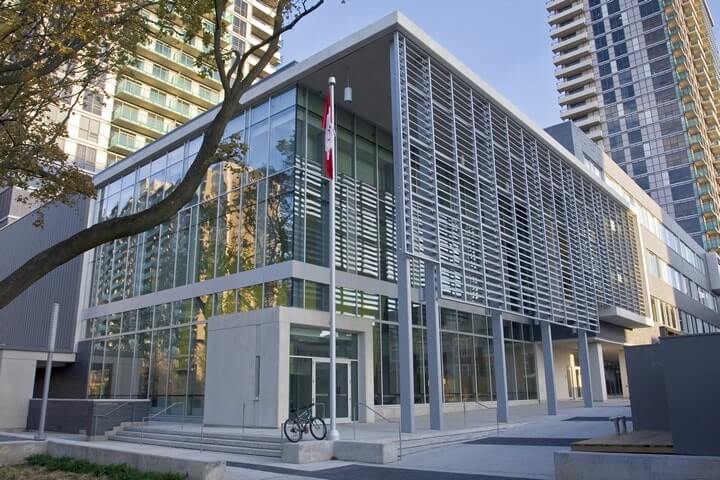 Toronto is one of the most cosmopolitan cities in the world and is one of the best places to live in Canada. It’s also a great place to go to school, outstanding education system with plenty of top-quality institutions.

Toronto is home to many of the most prestigious universities in Canada. If you have boys or daughters who want to get their high school diplomas ensure that you gain information about the top universities in Toronto. This will help you make better decisions.

There are numerous aspects to take into consideration when selecting the right secondary school to attend with your children. These aspects are crucial to ensure that you do not make choices which could affect their intellectual and academic growth in the sense that what your child experiences at school can have the biggest and most significant impact on their development.

As a young family, it’s essential that you take into account both the quality of education and overall lifestyle when selecting your new home. That’s why we’ve put together our post on Toronto’s top family-friendly neighborhoods: here, you’ll find incredible schools coupled with an unparalleled standard of living. Don’t miss out check out our Family-Friendly Neighborhood guide today for more information!

If you are looking for the top secondary schools within Toronto ensure that you’re looking for schools that are best suited to your child’s interests, needs and abilities, as well as the choice of classmates, among other. Because every human is unique and different in their individual ways it is essential to be certain of your child’s capabilities in terms of talents, goals and requirements to select the right high school from the top-ranked universities in Toronto.

Here are top high schools that offer the best education in Toronto.

To attend this highly regarded high school in Toronto students must apply through an applications and auditions. As opposed to other schools that are public in Toronto there is a fixed tuition cost for the choral curriculum. The main thing that puts St. Michael’s Choir School over other high schools is its ethos which teaches students to be self-sufficient and vast in their quest of knowledge in the area of music.

This academy is small learning community that includes the Canadian high school where technology and science are the primary components.

Ursula Franklin Academy ranks better than 29% of schools at the area level and better than 38% schools in Ontario according to www.statcan.gc.ca report. Our school scores a high rank at both provincial and city levels.

3. Cardinal Carter Academy for the Arts

Cardinal Carter Academy for the Arts is an Catholic Arts high school situated within Toronto, Ontario, Canada. The admission to this school can be made via an audition procedure.

As an open high school, it is primarily a school for students of all ages, including teenagers. It is amazing that Cardinal Carter Academy for the Arts accepts students all through the year (when it is necessary or when there is space available in the art class you want to take).

Leaside High School is a school that has between 900 to 1000 students located in Central-East Toronto, Ontario, Canada situated at the intersection of Eglinton and Bayview Avenues. The school was founded on the 15th of April 1945, by Leaside Board of Education as well as situated in the Leaside neighborhood.

Leaside Board of Education, Leaside High School is one of the most well-known high schools in Canada.

It is located within the Leaside neighborhood located at the intersection of Bayview and Eglinton Avenues, the school is known for its ability to impart knowledge to students.

Earl Haig Secondary School is another prestigious public high school located in Toronto that has a body of more than 2000 students. Apart from being a school for public it is also the most well-known host of an auditioned arts and culture program called known as the Claude Watson Arts Program. This program offers students an enhanced art education through music, dance, drama Arts, Visual Arts and film Arts.

Father John Redmond Catholic Secondary School and Regional Arts Centre is a Catholic high school that is located within the New Toronto area of Etobicoke in the city of Toronto, Ontario, Canada managed under Toronto Catholic District School Board. While it offers grades 9-12, this catholic high school has a special focus on the arts.

The Father John Redmond Catholic Secondary School and Regional Arts Centre is one of the most popular high schools located in Toronto located in New Toronto, Etobicoke.

The school was founded as an art school in the region through the Toronto Catholic District School Board. One of the primary goals that the college has is creating an environment that is rich in catholicism. Faithful to the catholic faith is what makes the learning experience at the school less difficult and more enjoyable.

Top catholic school on the list of the best school in Toronto includes the St.-Frere-Andre Catholic Secondary School. It is located in Toronto The school is a french-language Roman Catholic high school operated by the Conseil scolaire Catholique MonAven. This school is called St.-Frere-Andre Catholic Secondary School is part of the old West Toronto Collegiate building.

William Lyon Mackenzie Collegiate Institute is a large semestered high school located in the heart of Toronto, Canada. The school has been open since 1960 when it was founded by the North York Board of Education. Not only does this institute offer students an education at its finest but also provides them with time to explore and study so they can experience an all-round growth that will make them successful for life.

With a dedicated board and knowledgeable staff The school has managed to create programs that align with the various demands and interests of students. Set in a beautiful setting, William Lyon Mackenzie Collegiate Institute is able to create a comfortable calm, peaceful, and welcoming atmosphere that promotes learning and aids in the academic development of students.

Le Collège Français is a french-language high school in Toronto. From 1997 to present, it has been under the Metropolitan Toronto School Board and now under the Conseil des écoles françaises de la communauté urbaine de Toronto and the Toronto Board of Education. Le College francais has a large number of programs, including its IB program. It currently is home to more than 750 students.

The North Toronto Collegiate Institute offers sports competitions with other schools in our area and continues to encourage young talent when they hold debating tournaments open every year. From art classes to science experiments – there are always new challenges waiting just around the corner at NTCI.

A common worry among parents is where their children will be able to attend a good college. Many educational institutions in Toronto are available for new arrivals, but it’s critical to find out what type of neighbourhood they want so the appropriate property can be bought near the school district one desires.

Toronto offers many amazing educational institutions but unfortunately not all neighbourhoods welcome newcomers. That being said, always look for homes close to desirable public schools and colleges/universities first before investing anywhere else!

It is Important for parents to speak with an experienced Toronto Residential Real estate agents to help them locate the perfect home close to their preferred school.