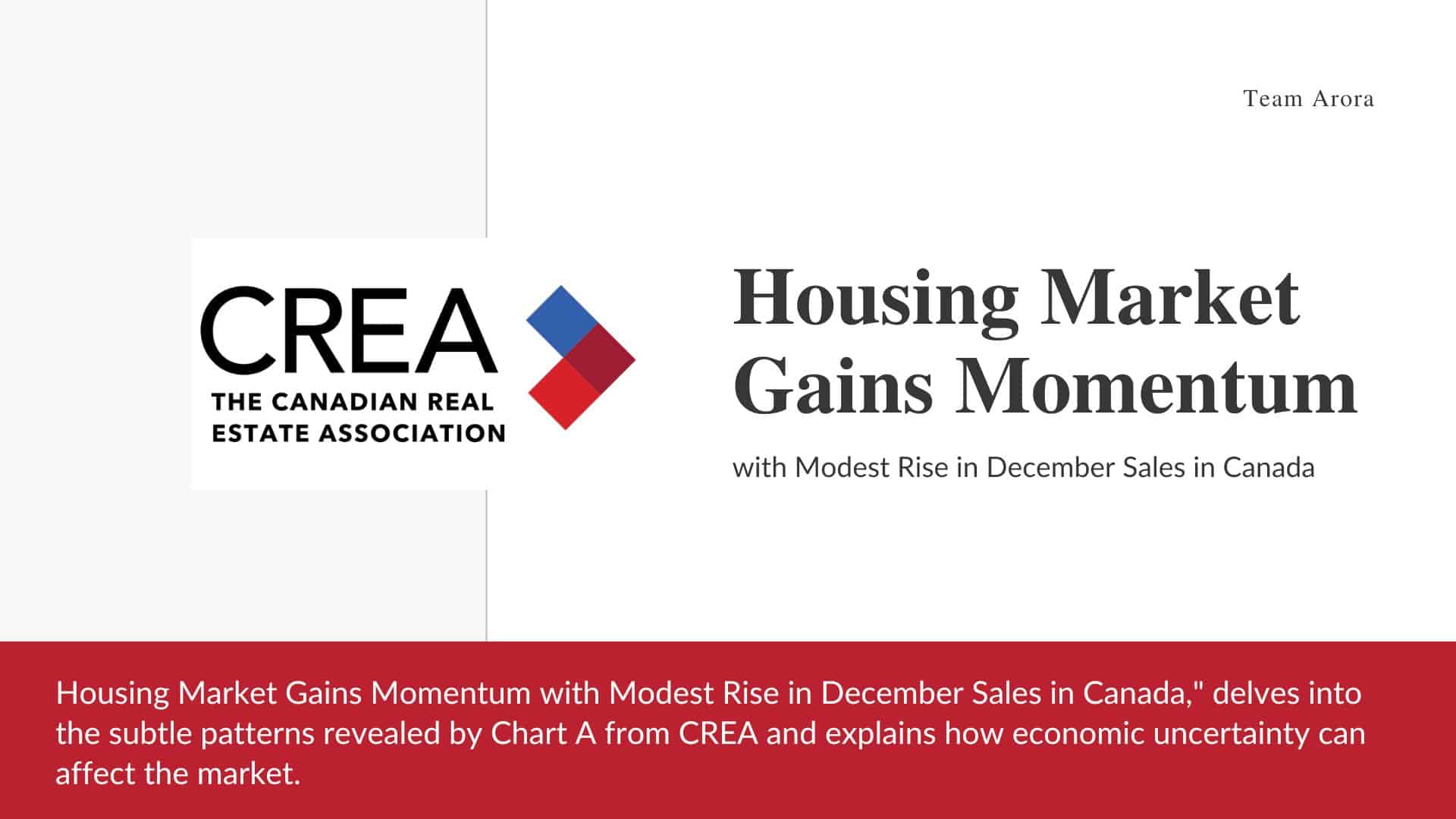 Canada’s home sales exhibited an uncommon boost from November to December, hinting at a prosperous close to the year.

CREA has recently revealed its national statistics for December 2022, and while they don’t come as a surprise, there are still significant insights to glean from them.

Chart A from the national association unveils a subtle pattern: in times of economic uncertainty, Canada’s real estate market inevitably slows down. This is evident in 2009 and 2020, when there was an abrupt decrease in volume just as we are seeing today – however, after this slowdown both years saw rapid recovery to surpassing the 10-year average. Therefore, it can be expected that once again these trends will follow suit.

For those who can brave the turbulence of the market, this form of rebound tends to benefit them. According to CREA’s predictions, a resurgence in volume is due around 2024.

Although it appears disconcerting, sales volume was down by an impressive 40% last month compared to the remarkable December 2021. Keeping that in mind, this decline is not as worrisome as one might initially think.

December saw a notable 1.3% surge in monthly volume, contrasting the usual downtrend of December and January after an abrupt drop last year. This signifies that the output remains stable despite expected seasonal fluctuations.

After a period of stagnation, the market is finally showing signs of life again; indicating strength and optimism. This departure from usual trends suggest buyers who had been priced out in recent months may be re-entering the marketplace.

From recent market trends, it appears that buyers are eagerly waiting for the right time to purchase. This has caused a shift in the market where urgency is no longer present; instead, what’s on everyone’s minds now is affordability. The current state of affairs suggests an opportunity-filled environment with a slower yet steadier and healthier approach towards buying.

When determining affordability, economists typically examine a few components to reach their conclusion:

In their Q3 Housing Affordability Monitor, National Bank reported that the level of affordability had not been seen since 1981 and 1989. Unfortunately, after these peaks in housing affordability both times, there was a significant drop as prices adjusted and interest rates returned to normal levels.

To maintain a healthy and sustainable market, the Bank of Canada has focused on job vacancies to curb inflation – this likely won’t have an effect on income. Therefore, prices or interest rates must be reduced for affordability to remain constant.

The cities that witnessed skyrocketing prices during the pandemic are now experiencing similarly eye-popping decreases.