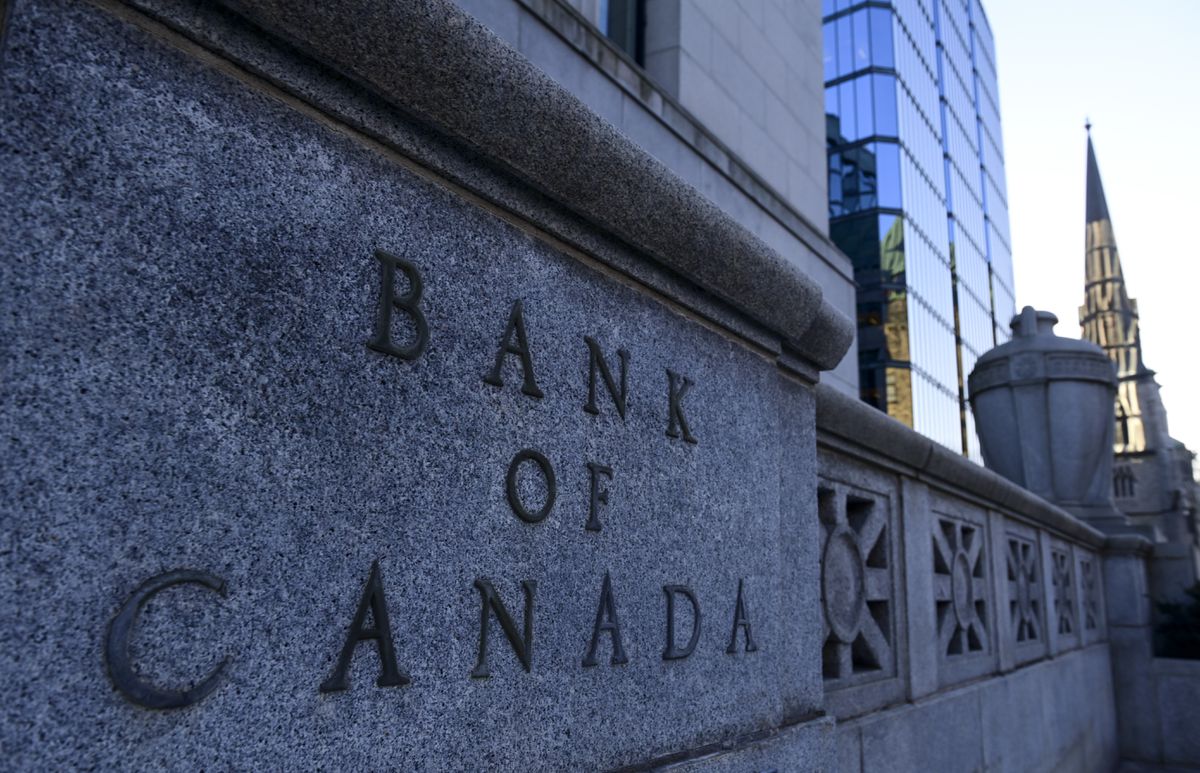 In an effort to curb runaway inflation, the Bank of Canada raised its benchmark interest rate largest amount in the past 20 years.

Canada’s central banks raised Wednesday their benchmark interest rate by one percentage point to 2.5% This is the largest single increase in the bank’s rate since 1998.

Canadians will receive high rates from their lenders for things such as mortgages and credit lines.

All things being equal, a central banking institution will reduce the lending rate when it wants the economy to grow by encouraging people to borrow money and invest. When it wants to cool an overheated economy, it raises rates.

The bank had previously lowered its interest rate to record lows during the pandemic. It has since raised its rate four more times since March in an aggressive campaign against inflation. This is the bank’s highest rate in 40 years. 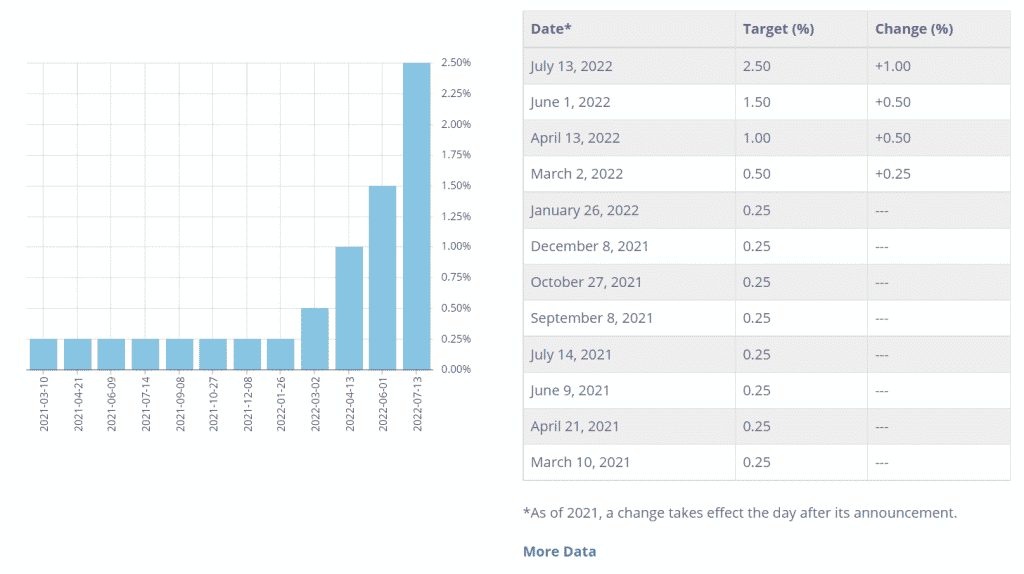 Canada’s inflation is more severe and persistent than the Bank predicted in its April Monetary Policy Review (MPR). It will likely stay around 8% for the next few months. Global factors like the conflict in Ukraine and continuing supply disruptions have been the main drivers of inflation, but domestic price pressures are increasing due to excess demand. The CPI is seeing more than half of its components rise by over 5%. The Bank’s core inflation measures have increased to between 3.9% – 5.4% due to the increasing price pressures. Surveys show that more people and businesses expect inflation to rise for longer periods of time, increasing the risk of inflation becoming entrenched in wage- and price-setting. The economic costs of restoring price stability would be higher if this happens.

The impact of Russia’s invasion of Ukraine and ongoing supply constraints as well as strong demand have all contributed to global inflation being higher. To combat inflation, many central banks tighten monetary policy. The resulting tighter financial environment is limiting economic growth. The United States is experiencing high inflation and rising interest rate, which contributes to a slowdown of domestic demand. China’s economy is being held back in the face of restrictive measures to control COVID-19 epidemics. The oil prices are still volatile and high. The Bank expects that global economic growth will slow to around 3 1/2% this year, 2% in 2023, and then strengthen to 3% by 2024.

The Canadian economy has seen an increase in excess demand. The labour market is tight, with a record-low unemployment rate, wide-spread labour shortages and rising wage pressures. Businesses are increasing prices to offset higher labour and input costs due to strong demand. The rebound in spending on difficult-to-distribute services is driving strong consumption. High commodity prices are boosting business investment and increasing exports. According to the Bank, GDP increased by approximately 4% in quarter 2. The third quarter is forecast to see a slowing of growth to 2%, as consumption growth slows and the housing market activity recovers from the unsustainable strength experienced during the pandemic.

The economy is clearly in excess demand and inflation high and widening. More businesses and consumers expect high inflation to continue for longer. Therefore, the Governing Council decided today to accelerate the path to higher interest rate. They raised the policy rate 100 basis points. The Governing council continues to believe that interest rates must rise further. However, the Bank’s continuing assessment of inflation and economy will determine the pace of increases. Quantitative tightening is continuing and complements increases in the policy rate. The Governing council is steadfast in its commitment price stability and will continue to take the necessary actions to reach the 2% inflation target.